There are many applications out there that will monitor your network's bandwidth at a router or switch level.

However with applications being mostly cloud based, the key metric is the bandwidth to the Internet and not just within your own network or your ISP's network.

With ServersCheck's Monitoring Software users can monitor their Internet using a Speed Test for both upload and download speed. 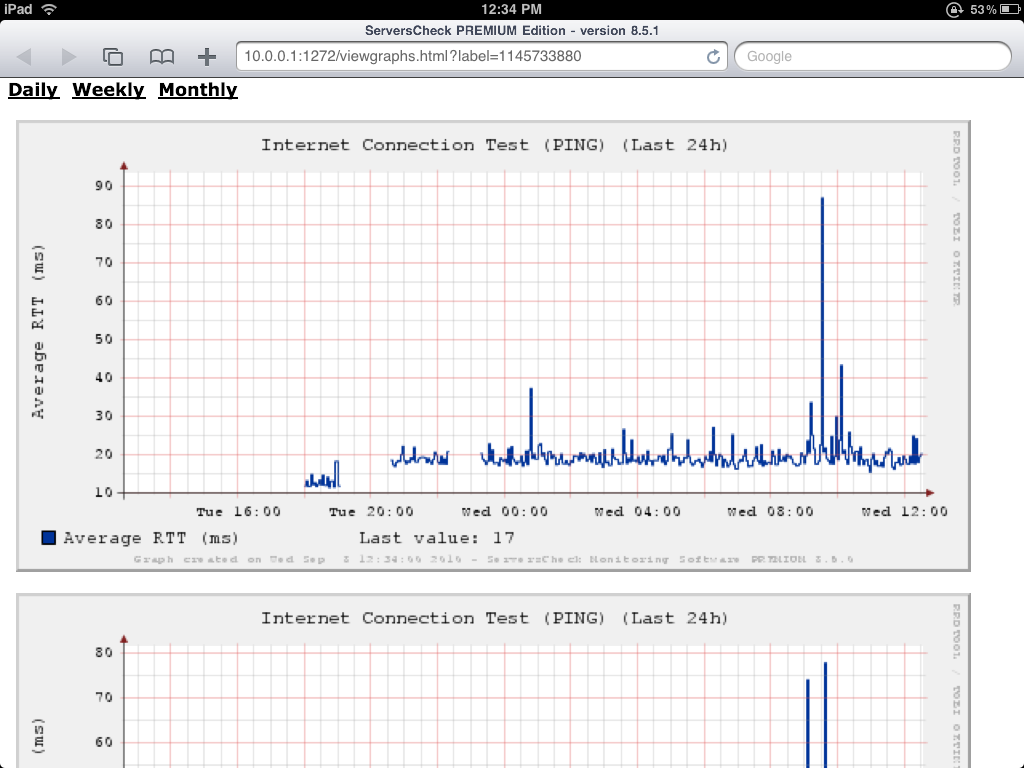 Your network. It never fails. It's Friday night and you're at home getting some quality personal or family time, when wham -- the CEO calls from the floor of the big trade show to tell you that the server is down. Now you've not only got a business problem, but you've got a political problem as well. Don't you hate it when the boss knows that there's a network emergency before you do?

We didn't just make that scenario up, it actually happened to a customer who runs a data center for a mid-sized INC. 500 company. Something similar has probably happened to someone that you know as well.

So, what do you do? Can you afford to continue to play "network roulette" and hope that nothing happens when you're not around, or do you take the sensible route and do something proactive?

There's only two ways to monitor a network. You can let some customer or co-worker discover that it's down, or you can install network monitoring software from ServersCheck that not only performs 45 different monitoring tests, but it also tracks you down relentlessly to notify you when something goes wrong.

And the good news is: you probably already have enough money in your budget to license a copy of our network monitoring software, because our "crisis solver" costs about the same as a good printer.

We know that many companies run a mix of Unix, Linux and Windows, so we've designed the ServersCheck's Monitoring Software runs on Windows 2003/2000/XP Professional based systems, and it can monitor any OS based system or device (Windows, Linux, Unix, MacOs, or FreeBSD). And if you're a Managed Service Provider, we've got you covered there as well.