The tips below are based on industry best practices. They do not replace any official codes. When such codes are available (OHSA, NFPA, IEC, ..) then those codes should be followed for compliance.

To monitor temperature and humidity in a room, sensors should be placed at 3ft/1.5m from the floor.
They should be mounted on indoor walls. Clear from obstacles for at least 1.5ft/0.5m. At least 1m away from adjacent walls or openings.
A distance of 6ft/2m+ is recommended between each sensor. The actual distance may depend on room layout, air circulation and dead air spots.
No direct sunlight to the sensor.
Away from openings.

ASHRAE standards specify 6 temperature sensors per rack. 2 at the bottom of each side of the rack, 2 in the middle and 2 at the top. The hottest point in the rack will be top back of the track. The temperature difference between intake (front of rack) and outtake (back of rack) should not be more than 20°C.

For data center white spaces, the daisy chain temperature & humidity (DAISY-THUM) sensor is recommended with a distance of 2m/6ft between each sensor.

Read more in our tips for sever room & data centers. 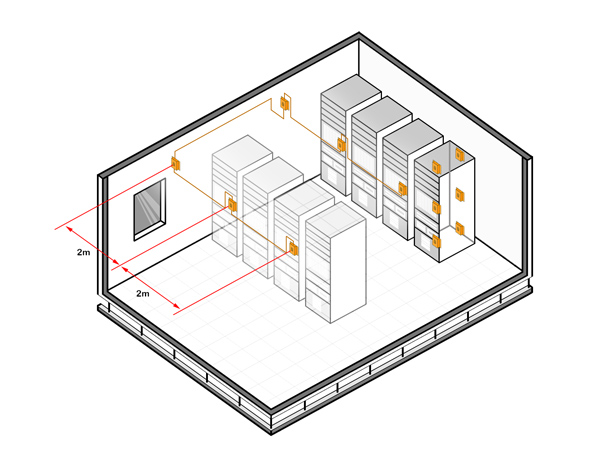 The sensors are designed to monitor temperature in liquids or cold storage. When mounting the sensor, then the gray sensor box should always be outside the liquid our outside the (deep) freezer or fridge.

The metal sensor tip should not touch the walls of the enclosure it is as this may generate false readings. It should be floating in the air or liquid it is meant to monitor. 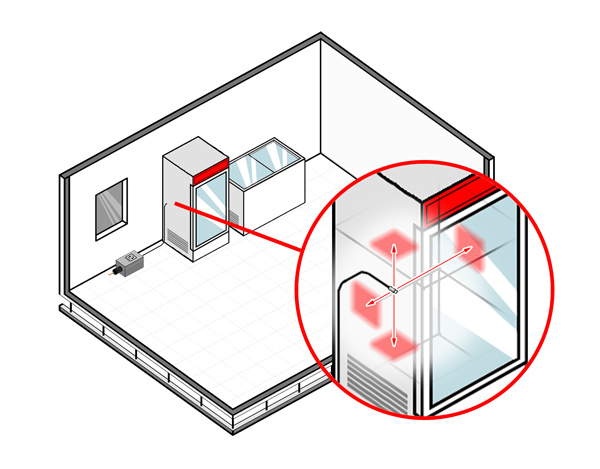 As per EPA guidelines, indoor air quality monitoring should happen at breathing level in the room. This is between 3-6ft/1.5-2m from the floor.
The sensor should be placed at least 3ft/1m away from obstacles, openings & ventilations. It should not be close to polluants that may impact its results. It should have an 180° obstruction free measurement. 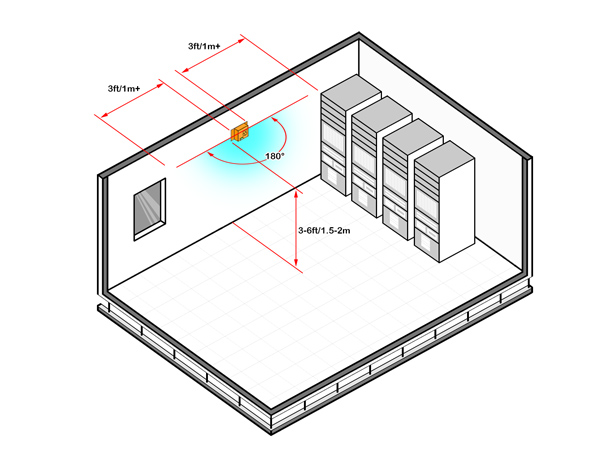 The air pressure measurements can be either positive or negative. This gives an indication of the air flow.

In clean rooms, one needs to maintain the right amount of differential air pressure to prevent contamination. The difference of between adjacent rooms or zones should be in the range of 5 to 20 Pa. Too much pressure may cause turbulences when opening doors and other unwanted side effects. 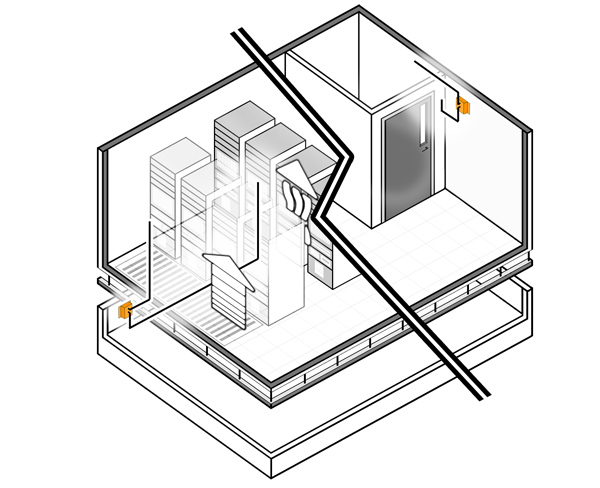 Our liquid leak application guide outlines how the leak cables can be used in different applications.

OHSA provides guidelines where noise level sensors should be mounted. Such sensors are required when noise levels in the workspace can exceed 85dB.

The microphone should be placed at head level within the workers' hearing zone at 20in/0.5m distance. 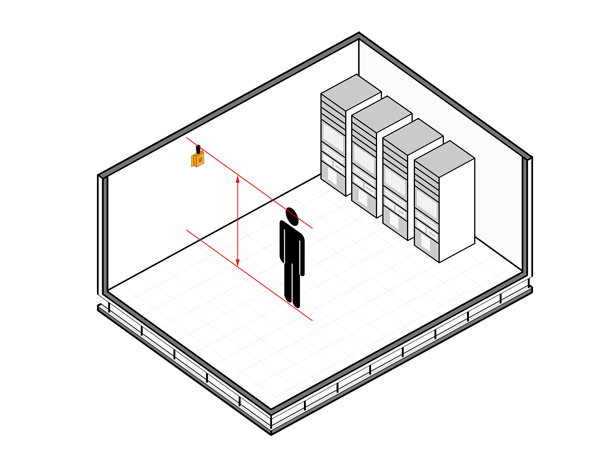 Below are a few rules of thumb that one could follow for the placement of gas sensors.

However the placement of gas sensors is one that may vary from location to location. It could also vary based on other parameter like for example temperature. The density of some gasses may change based on their temperature: they could be at breathing level when hot and be at floor level when cooled down.

Gas density compared to ambient air
There are 3 gas types: heavier than air, similar to air, lighter than air.

The following table shows the different gas types and their density.

Mounting
Any gas sensor should be mounted perpendicular to the airflow so that the gas flows over it, not into.

Mounting heights for quickest response time: When monitoring refrigerant gasses or fire suppression gasses then those should be mounted as close as possible to the source for early warning.

Toxicity vs Response Time
Any gas sensor mounting should be evaluated for its purpose. When one installs gas sensors to detect toxicity then such a sensor should be installed at breathing height rather than the above quickest response time height.

Gas sensors should not be obstructed from air flow. Beware of zones without air circulation, so called dead air spots. 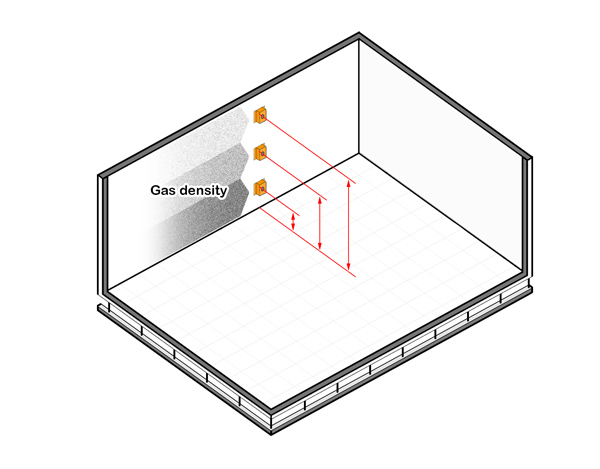